On Thursday, April 18th – the eve of 26th annual Richard Davis Foundation for Young Bassists Conference (RDYB) – the Victor Wooten Band & the Wooten Woods Experience will be playing at the Wisconsin Union Theater – just down the block from the Pyle & Lowell Centers on Langdon St. If you’re in town that night, it’s a bass featuring show not-to-be-missed! In addition, our friends at the Wisconsin Union Theater have arranged a pre-show meet and greet with Mr. Wooten and his band, as well as discounted tickets available to all conference young bassists, volunteers and their families. Tickets are on sale now, and details & discount code will be provided through your young bassist’s RDYB conference registration confirmation email. 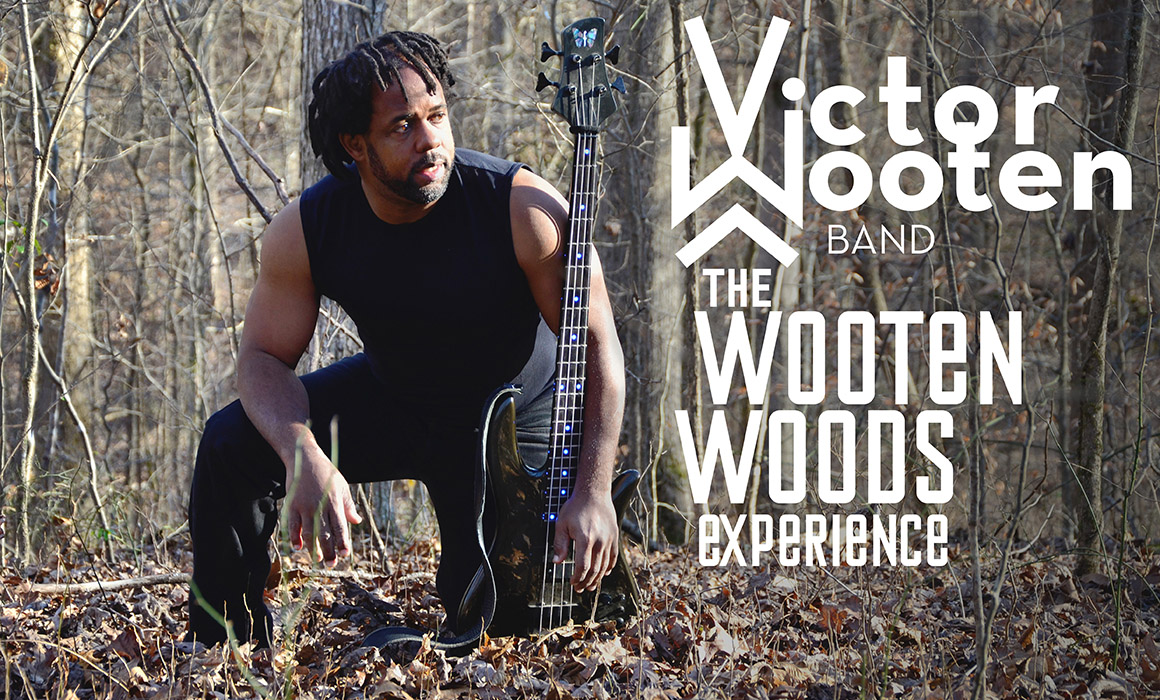 This show is unique in that, in addition to Mr. Wooten and his band, it will feature a group of students in a performance based on the music and nature programs at the Victor Wooten Center for Music & Nature – known as the Wooten Woods Experience Tour (read more at No Treble).

Wooten grew up in a musical family and performed widely with his five brothers as a youngster. He is today probably most commonly known as a virtuoso bassist and 5-time Grammy Award winner, and founding member of Bela Fleck and the Flecktones. He has won every major bass award and was voted by Rolling Stone Magazine in 2011 to be one of the “top ten bassists of all time.” He has recorded with artists such as Prince, Chick Corea, Bootsy Collins, Branford Marsalis, and many more. His solo-track album “A Show of Hands” is considered one of the most important bass records of all time.

His innovative bass style and approach to music have inspired thousands of learners, and as with Richard Davis, the power of music to bring people together is a major theme for Victor. Leadership in musical education is a natural extension of his family culture, where his mother would tell her boys, “What does the world need with just another good musician? We have plenty. What the world needs are good people!” (Mama Wooten Quote on the Victor Wooten homepage, https://www.victorwooten.com/bio)

In 2000 he established his first Bass/Nature Camp, which has since grown into the Victor Wooten Center for Music & Nature. Like Richard Davis, Wooten resonates with the potential for personal growth and connection – for becoming better, more inclusive, people – through music. From his musical commencement speech at the University of Vermont, Burlington, in June 2016:

“I always felt that music is a good way to address the world’s issues. The best bands I’ve ever played in all the instruments were different. We don’t curse those differences. We bless them. That’s why I think the whole world should learn to play music. Then we might understand that differences are a blessing, not a curse.” (https://speakola.com/grad/victor-wooten-university-of-vermont-rubenstein-2017)

His 2008 book, The Music Lesson: A Spiritual Search for Growth Through Music, has become essential reading for musicians everywhere.

To explore the wonderment of Victor Wooten, visit his YouTube channel .

So come to the show on April 18th, then bring all of that fresh inspiration with you to the 2019 RDYB Conference!